Obesity – Bogie L.  Bogie is a Pug.  And if any has or knows of a Pug, they love to eat.  Getting overweight can happen very easily.  Losing weight, not so much.  Bogie is a success story as due to his great owner’s diligent care with regards to his diet and treats.  Bogie was started on Hill’s Metabolic Prescription Weight Loss Diet and went from 32.9 lbs to 25.7 lbs.  This diet was chosen specifically for Bogie to turn on his sluggish metabolism and burn more calories.

Arthritis/Degenerative Joint Disease – Arthritis hurts.  Joint pain and back pain is no fun for pets or people. Eddie S. has severe arthritis in his spine, hips and elbows.  His owners noted he was limping and slow to get up and down.  Feeling his joints caused pain.  Digital radiographs (x-rays) were taken at our hospital and the diagnosis was made.  Eddie’s pet parents prefer natural or holistic treatments when possible.  Eddie’s arthritis is being treated with a Chinese Herbal Formula called Coix Formula.  Eddie also receives Companion Animal Therapy Laser (Class IV) treatments on a routine basis.  The laser therapy reduced pain, swelling, inflammation and promotes the body for natural healing.  Drugs have been avoided.

Heart Disease – Squirt M. has severe congestive heart failure.  Squirt was diagnosed by our veterinarian with a heart murmur at 8 years of age.  Squirt’s heart had a grade 2/6 heart murmur.  An echocardiogram (heart ultrasound) was performed by one of our specialists and only valve disease was noted.  Chest radiographs revealed the heart to be of normal size and shape.  No treatment was needed.  Four years later, the murmur had progressed to grade 4/6 heart murmur.  A recheck echocardiogram revealed that there was early heart failure occurring.  Chest radiographs revealed that the heart was enlarged.  Our specialist started Squirt on heart medication.  In 2015, at the age of 16, Squirt started to cough and his lungs were wet with fluid.  Our specialist repeated the echocardiogram and the heart disease had progressed and pulmonary hypertension was diagnosed.  Chest radiographs revealed fluid in the lungs.  Squirt had new medications added to reduce fluid formation and control the pulmonary hypertension.  Squirt heart condition is well controlled and regulated, even at his ripe old age.

Luke is a IVDD Success Story!

IVDD (Intervertebral Disk Disease).  Luke G. presented to our hospital at the age of 13 years for rear leg paralysis and crying out in pain.  Luke’s examination revealed moderate pain and discomfort on palpation of the spine at the level of the mid-back region.  A neurological examination was performed and revealed that Luke couldn’t feel his rear legs & feet.  Luke had decreased pain sensation in his paws.  Radiographs (x-rays) were taken and revealed narrowed disk spaces in the back at 2 different sites.  This means that the disk has herniated and putting pressure on the spinal cord. This has caused Luke to become paralyzed in the rear legs.  Luke was given steroids to reduce swelling and pain medication for the discomfort.  Luke’s owner did not want to operate on their 13 year old dog, but did want to do whatever medical therapy they could.  A Traditional Chinese Veterinary Medicine exam was performed by our doctor and Luke diagnosed with spinal cords stagnation and Kidney Yin Deficiency.  Electrical acupuncture was started.  Luke was also started on a Chinese Herbal Formula called Di Gu Pi San for the stagnation in the spinal cord.  A month after the initial presentation, Companion Animal Therapy Laser was added to the treatment plan.  There was some movement of the rear legs and Luke could stand for a small amount of time when he first woke in the morning.  Progress!  Luke’s treatments were continued for several months and slowly, with treatment and time (3 months of therapy), Luke regained his ability to stand and walk.  To this day, he has a wobble when he walks, but walking he is.

Chronic Renal (Kidney) Failure – Increased thirst, increased urination, weight loss, decreased appetite.  Maggie M. had several of these symptoms.   Maggie had a history of thyroid disease and was under excellent control.  As part of her routine disease monitoring lab tests Maggie’s kidney values were noted to be abnormal.  A complete urinalysis was performed.  The results of the blood tests and urinalysis confirmed chronic kidney failure.  Maggie had a urine culture performed to rule out urinary tract infection as a cause of the abnormal kidney function and this was found to be negative.  A blood pressure test was performed to rule out Hypertension and was found to be normal.  Maggie was started on Azodyl to allow the GI tract to take some of the workload of the kidneys.  Maggie was also started on AminAvast as a kidney supplement and kidney antioxidant.  Subcutaneous fluids (injected under the skin) was started on an every other day basis to flush the kidneys and impurities.  Maggie’s kidney failure has continued to be well controlled and is stable at this time. 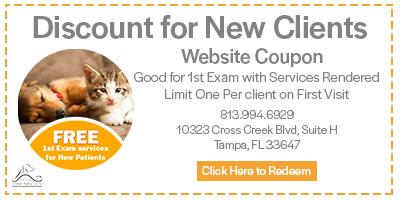 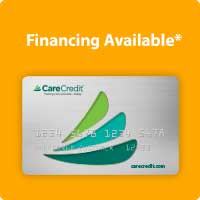